Faith in Flux: Finding God Outside of the Church

When I was eight years old, I got baptized in a little creek in the woods behind my church. It was a big day for me because it symbolized my decision to follow Jesus. I waded into the water and stood nervously between my dad and the pastor with the church community looking on. The pastor declared, “I baptize you in the name of the Father, the Son, and the Holy Spirit” and he plunged me into water that was so frigid it took my breath away. As I stepped out of the water and walked out of the woods toward the church, I tried to evaluate my body to see if I felt different. Had I become a new person like everyone said I would and what did it mean to be saved, to be a believer?

Even at such a young age, these questions were at the forefront of my mind. That summer, I attended Vacation Bible School with my church friends. We all sat crisscross in prickly grass under a big blue and white striped tent to hear lessons and stories from the Pastor’s wife. She enthusiastically explained the importance of telling our non-Christian friends about Jesus. She said that everyone who made the decision to follow Jesus like I had was saved and would go to heaven while unbelievers would not.

Our pastor preached that just as Jesus described his followers in the Gospel of Matthew, we were supposed to be the light of the world. This meant being kind, loving, and generous to our neighbors, and most importantly revealing the truth about Jesus to them, the most merciful act of all because it was the difference between eternal life and death.

I grew up in Kent, Washington, a city just south of Seattle that boasts the 8th most ethnically diverse population in the United States. My classmates were culturally and religiously diverse and none of my friends from school went to church.

So, these teachings always weighed on me. Were all my friends actually going to hell? How could I help them see the truth so that they would be saved? Was it really my place to tell them that they were lost, missing the most important thing in life?

Part of me wanted to reject the hard lines my church had drawn between saved and unsaved people, but I had read all the Bible verses that seemed to affirm that reality. I also genuinely loved my church and felt deeply connected to God and wanted my friends to experience that too. So, I spent my teenage years inviting them to youth retreats and home Bible studies and giving shout outs to Jesus on Instagram in the hopes that they would come to the Lord.

When it was time for me to head off to college, I chose Gonzaga University, a Jesuit Catholic school across the state in Spokane, Washington. At Gonzaga, I got my first real exposure to a denomination of Christianity other than my own and in my religious studies courses, I learned about different theologies and ways of interpreting Bible verses I had heard in church all my life. My peers and my professors challenged me to ask difficult questions about faith and religion and I began to feel unsettled. So much of my identity had been wrapped up in my church and I felt like they hadn’t told me the full story.

Growing up, everything seemed black and white, simple. There was right and there was wrong, and we were supposed to believe and do the right things.

But in college, I discovered that the way I had been taught to think about my faith didn’t seem to hold enough space for the messy, complicated reality of the world.

After taking a class that introduced me to the practice of interfaith dialogue, I became particularly troubled by the fact that I had spent the majority of my life disregarding the practices and beliefs of non-Christians because I had been taught that truth was limited to the Christian tradition alone.

This teaching no longer made sense to me.

I wanted to keep challenging my perspectives, so the following year I decided to study abroad in India, a place I knew I would encounter great cultural and religious diversity.

To prepare myself for India, during the summer between my semester at Gonzaga and my semester abroad, I decided to get a job at a crowded Indian restaurant back home. At the restaurant, my coworkers represented a microcosm of the religious diversity I would encounter in India, they were Hindu, Muslim, Sikh, and Jain and for the first time in my life, I didn’t feel compelled to change them.

No longer impeded by my own evangelical agenda, I felt a newfound freedom to engage across religious boundaries with curiosity, respect, and acceptance. I believe it was this mindset that opened me up to the idea of dating a Hindu man that I met on my first day at the restaurant, a man that would eventually become my husband.

It was a strange turn of events when we began dating. For one, I was leaving for India two months later and he had just come from India to study in Seattle. And secondly, he was a Hindu. In youth group, I had always learned about the importance of Christian dating and marriage. My future spouse and I were supposed to pray together regularly, read the Bible at a coffee shop together on Saturdays, and attend church as a couple on Sundays. I was stepping into uncharted territory; this was not part of the plan. I had never dated anyone before, partly because of my high standards and partly because I was terrified of breaking the purity vows I had made to God. And yet here I was completely enthralled.

That night when I got home, I told my mom about him and the first question she asked was, “Is he a Christian?” And I knew that I had a long road ahead of me.

At first, it was really difficult for me to figure out what it meant to respect other religious traditions fully while also honoring my own when the two often seemed at odds for most of my life. But over time, I started to realize that being in an interfaith relationship was teaching me more about what Jesus meant when he said love your neighbor as yourself than staying in my Christian bubble ever could have.

After a quick summer at the restaurant, I left for Hyderabad, India.

In India, I visited temples where devotees circumambulated around towering gold statues of deities, mosques where rows of worshippers prostrated in unison toward Mecca, and churches where congregants sang worship songs that I knew from back home. In Kent, I had never experienced religious diversity like this even though I knew it existed. Religion felt confined to individual houses of worship, separated by irreconcilable dogmas. In Hyderabad, religion seemed like an all pervading and inescapable force, present at all times in the colorful roadside shrines to Hindu deities, in the Indo-Islamic architectural style of the buildings, and most of all, in the daily lives of the city’s people. I started to see God everywhere and in everyone and I began to work toward a faith focused not on obedience, conformity, or right belief, but on an awareness of God’s love as an all-inclusive and ever-expanding force.

After returning from India and graduating from college, I moved back home to Kent and my husband and I got married in a cozy ceremony on a crisp fall day. Our wedding was beautiful, deep red sari fabric, gold lanterns, and bouquets of red and white flowers adorned the tables, we had a delicious spread of Indian food, and we danced the night away to Indian and American music. But what I remember most is how proud I felt to show my friends and family what it looked like to embody love that transcended religious boundaries. Standing at the altar, we recognized our differences and vowed to respect and honor each other’s religious beliefs.

For me, this meant that he would attend church with me, so he began accompanying me to my childhood church on Sundays. But I quickly realized that I no longer fit in the church that had played a pivotal role in my life and the formation of my faith. With my husband sitting next to me during sermons, I became acutely aware of exclusive language and “us vs. them” rhetoric.

I didn’t want to view my faith that way anymore, it felt incompatible with my experiences. For me, there couldn’t be hard lines between believers and non-believers because I shared many of the same beliefs as my Hindu husband about God and everything that Jesus represented: love, grace, mercy, and peace. I also saw the value in his religious tradition and didn’t feel right trying to convince him to convert to Christianity.

I knew that to honor him, we had to leave and find a new church, but for me, it was complicated. I was sad because I had so many fond memories there, confused about what I even believed anymore, and angry because I disagreed with some of the theological, social, and political positions people in the church had taken.

But over time I started to realize that being angry wasn’t good for my own spiritual well being, and it actually hindered my ability to practice one of the guiding principles of interfaith dialogue that I aspired to: loving people I didn’t always agree with.

Today, I am still trying to figure everything out: What does it look like to love people more fully despite religious and theological differences? How do I live out my faith more authentically? What does it mean to be a Christian?

When I got baptized in the creek as a child, I questioned whether I had become a new person. Now looking back, I realize that I am continually becoming a new person and my faith is constantly in a state of flux, shaped by new experiences and people. When I think about this aspect of my faith journey, I am reminded that others are also constantly being shaped by their own unique religious experiences. With this in mind, I find it much easier to grapple with the complexity of the world, the uncertainty of my own faith, and the mysterious nature of God. 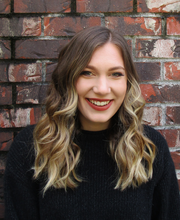 Emily is a first-year Master of Theological Studies student at Harvard Divinity School focusing on Comparative Studies. She is particularly interested in interfaith relations and the interplay between religion, economics, and politics. At HDS, she hopes to focus her studies on modern Hindu and Christian movements in the U.S. and India. Emily graduated from Gonzaga University in 2018 where she studied economics and international relations and served in various ministry roles on campus. Before coming to Harvard, she worked as an Account Manager at a market research company in Seattle, Washington.